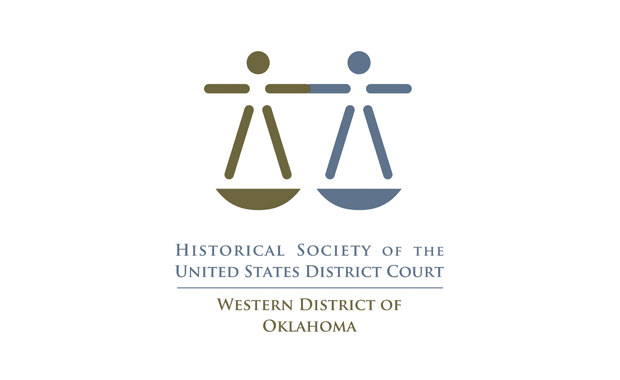 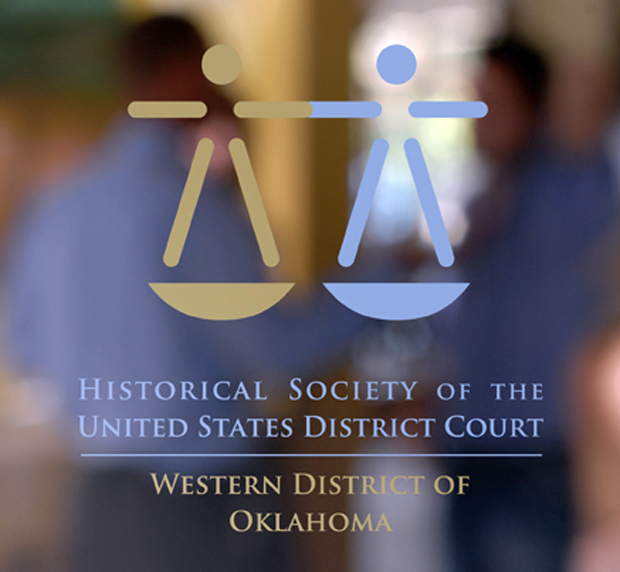 The Client: The project is for an organization called the "historical society of united states district courts (western district of Oklahoma)".

It is featured in International Design Books...

Background:
This is a new organization headed by the Chief Justice (of the Western District Court) as well as a prominent group of lawyers & federal judges who are based out of Oklahoma.

The organization looks to increase the awareness and appreciation of the role, severed by the court, as well as promote it's rich and vast history for our state and region.

The Brand:
The brand is build around 3 core principles or actions: engage. educate. appreciate.
Those 3 principles are also a methodology (process) that we hope all create touch-points to be able to execute upon. Alone, they are valueless, however, together and in the sequential order listed - they hold tremendous value.

Current Environment:
Here in the US there is a very cynical view of our criminal justice system and the court is no beneficiary of that. When most American's think of our court system they think of 3 things:

2.) Reality (Court) TV - Because of the circus that is the American media system, many television shows have popped up over the last 15 years that depict a 1 dimensional view of the court as a reality tv show with comic relief. The perfect example of this was the infamous "judge judy" show which prodded out unsophisticated people and humiliated them in their interactions with the judge.

3.) Celebrity Circuses - This genre and mindset has a very clear beginning - The OJ Simpson trial, where the famous athlete and actor was accused of murdering 2 people. The case presented huge racial and social divides in America and was the prelude to large audiences, massive media advertising revenues, and "court news" debate programs.

Position
The court as a defender of our culture (freedom + liberty). Then. Now. and in the Future.

The direction of this theme involves the concept that the fiducial relationship, shared between American institutions and the public, exist through the successes (and failures) of our court system. The idea of America is not an idea shared by all Americans; and it is the court that functions as our last line of defense towards practical justice.

The US District Court for the Western District of Oklahoma has played a pivotal role in taming the “wild west” through landmark cases that fought to defend the ideas, values, and culture of the United States.

For individuals; the court matters. It has shaped the modern civil society and its beneficiaries. However, it has also been imperfect but has provided tremendous learning opportunities about the critical necessity for active participation in our republic from all. 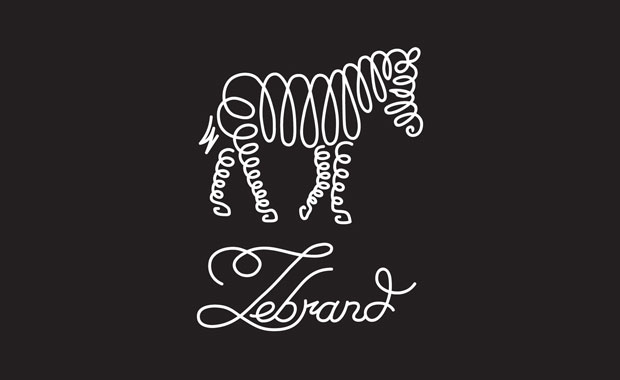 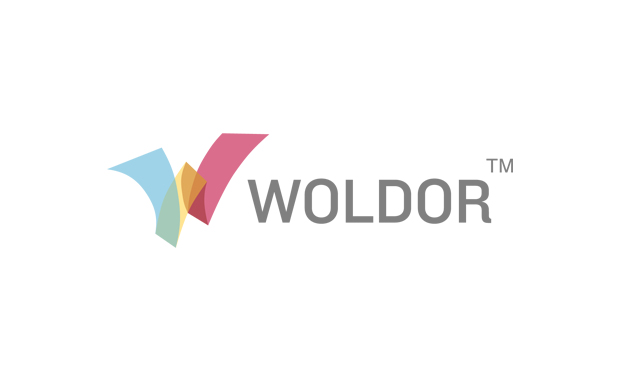 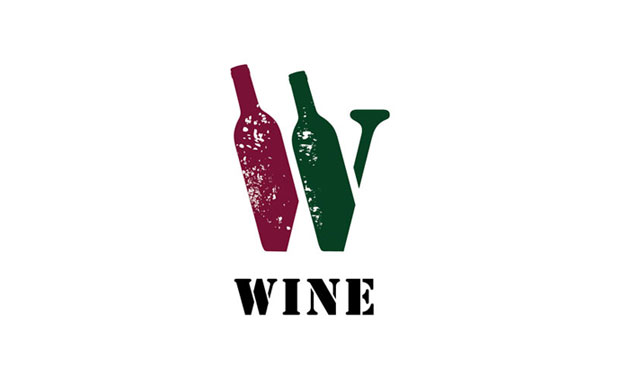 Let’s Get in Touch!

Ask for a proposal

They are all so amazing and some of them are in perfect match with what we want to present in this book. Hence, we wonder whether you could send us some of your fine works for publishing. It will be a great honor for us to have your works published.

"That's perfect! Thank you for the great logo!"

" I think your design is awesome."

"Really good at manipulating words to create impressive logos! Were happy with his work and will hopefully do some more stuff with him again in the future."

"You're very talented!...Thanks for everything!"

"That is super! Great job. We really appreciate your efforts and believe that you have created an original, distinctive, relevant and memorable logotype for Adele Homestead."

"This is perfect, you have managed to visualise our company with your magic. We love our new happy Liger. This logo sends the right message to our clients and delivers our personality instantly. Thank you for helping give birth to Liger Television. I'll definitely be using you for many more projects. You are very easy to work with. Genius."

"The talents of Peter Vasvari is evident in all his amazing designs.  In addition to his obvious talent as a designer, he is a remarkably conscientious individual, whose respect for his client and his dedication to realizing the client's vision result in the utmost beautiful designs that soar above all others!"

"The hidden and obvious element of this mark come together in perfect harmony. If you are hunting you want to blend into the environment and not stand out. This certainly is the message that works here."

"Excellent Designer, he know his stuff! Very talented. We are very happy."

"I'd like to show your logos in a session I'm doing at the HOW Conference as a good example of negative space being used...Great work BTW. Thanks."

It was great working with you

"You're welcome! It was great working with you"

"Thanks so much for letting us show "Bird" in our magazine. It's a wonderful, and deceptively simple, design."

"Fantastic communicator and super fast at providing design and asking/responding to questions. This designer had a great attitude and seemed eager to please!"

"Thanks again for your great work!"

Pick your entry as a winner

"I think we are going to pick your entry as our winner. We plan to show the winning design on a national U.S. TV show hosted by the actor William Shatner."

"Im really impressed with the 1st one, great idea!"

"Fantastic!!! I love them!!! You did such a great job I am so happy!! I look forward to working again with you in the future. Thanks."

"An excellent job, the logo conveys the message we want to deliver to our audience. It has definitely been a wonderful experience working with you. Your responsiveness and turnaround time all through were nothing short of exemplary!! Thank you so much. I really look forward to working again with you in the future."

"If you're in the design world and you haven't heard of Peter Vasvari you should ask yourself where you've been. Born and living in Hungary, Peter works with clients globally amongst the big guys including Coca Cola and Nike. He is creative, professional, and a pleasure to talk to... Thank you for taking the time for Elitivia to interview you."